Kevin Gordon was featured the in the Q&A Business
section of The Oklahoman regarding religious and nonprofit
employers.

Frank McPherson was honored recently by the Okla.
Medical Research Foundation. He was named a life
director for his service on the foundation’s boad.

Dr. Ron Sutor received the NESA Outstanding Eagle Award for his lifetime of achievement by the Last Frontier Council of the Boy Scouts of America.

Debby Hampton CEO of the United Way was featured in an article for their grant of $1,200,000 over three years to help implement a program to make a substantial impact on mental health and substance abuse.

Last but certainly not least, Jim Priest was profiled in an article that mentioned his love of non-profits as the new CEO of Sunbeam Family Services after 35 years as a practicing attorney.

Evan Burrell – Acting Editor of Rotary Down Under

Present at the 12-8 meeting was Evan Burrell, a Rotarian, former Interactor, former Rotaractor, former Youth Exchange student and current Acting Editor of Rotary Down Under (the Rotarian magazine of Australia and New Zealand) as well as a well-known Rotary blogger. He is from Sydney, Australia, and is a member of the Rotary International Rotaract/Interact Committee and the RI Committee on Alumni Relations. He was hosted by PDG Marty Postic December Teacher of the Month 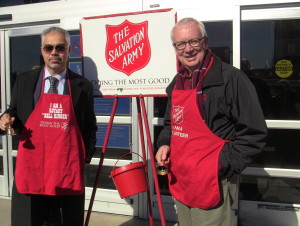 Congratulations to all!  2016-17 Officers and Directors