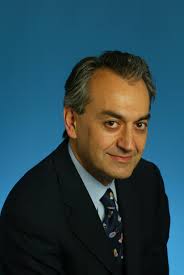 “Iran: Cause or nation, opportunity or threat?”

Hamid Biglari is currently a Managing Partner at TGG Group, a private firm that advises Fortune 100 companies on the transformational impact of behavioral science and big data analytics. Until 2013, Dr. Biglari was Vice Chairman at Citigroup. Du ring his 13 years at the institution, he held a variety of senior management roles, most recently as Global Head of Emerging Markets (a role that spanned 75 countries) and a member of Citigroup’s Operating Committee. Prior to joining Citigroup, Dr. Biglari was a Partner at McKinsey & Company, the international management consulting firm, where he co-led the Firm’s investment banking consulting practice, advising CEOs around the world.

His experience base spans the entire spectrum of financial services. Prior to that, he was a theoretical physicist at Princeton University’s Plasma Physics Laboratory, the nation’s leading center for controlled thermonuclear fusion research. He is a member of the Council on Foreign Relations, a member of the Board of Trustees of the Asia Society, and a Board member at Avolon Inc., a Dublin-based aircraft leasing company.

For several years, he was a standing member of Turkish Prime Minister Erdogan’s International Economic Advisory Council, advising the Turkish government on Turkey’s economy and financial sector. He was also formerly a member of the US-China Business Council, which is the leading business group of American CEOs with businesses in China. Dr. Biglari is one of the leaders of the Iranian-American community and has been an active proponent of building bridges between the West and Iran.

In 2009, He was awarded the Ellis Island Medal of Honor, given for outstanding contributions by immigrants to the United States. Dr. Biglari holds a Ph.D. in Astrophysical Sciences from Princeton University