Underwood arrives at OSU following a three-year stay at Stephen F. Austin that ranks as one of the best starts to a head coaching career in college basketball history.

Underwood is a 1986 graduate of Kansas State, where he played for former Oklahoma A&M football and basketball standout Jack Hartman. Hartman learned his hoops craft under legendary Cowboy head coach, Mr. Henry Iba. Underwood was a member of Hartman’s final teams at K-State, and helped Hartman become the winningest coach in Wildcat history.

The first coach to ever win three straight Southland Conference Coach of the Year awards, Underwood led SFA to the two longest winning streaks in league history. He and the Lumberjacks won 29 straight games in 2013-14, and his team rode a 21-game win streak into Sunday’s NCAA Tournament second-round showdown against Notre Dame, which came down to the wire. Underwood’s SFA teams were known for their defensive prowess, but also for their assist-oriented offenses.

Underwood earned his first head coaching position in 1988 at Dodge City Community College in Dodge City, Kan., where he spent four seasons as the program’s head coach, guiding the Conquistadors to a 62-60 record from 1988-93. His 1990-91 squad compiled a 23-9 record and was ranked as high as No. 4 in the nation.

A native of McPherson, Kan., he and his wife, Susan, have one son, Tyler, and two daughters, Katie and Ashley. 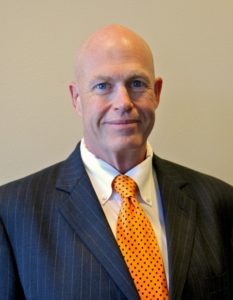 Russ Harrison is Chairman of the Board and former President and CEO of Harrison Gypsum LLC, headquartered in Norman, Oklahoma and was responsible for the overall direction of the five operating divisions of the Company. Under his leadership, the Company has grown 20 times larger. Harrison Gypsum actively operates four gypsum mines, a grinding mill for processing food and pharmaceutical grade gypsum as well as a plaster plant in Western Oklahoma and employees over 250 people. Harrison Gypsum also farms or leases for farming over 4000 acres of land.

Russ was raised in Lindsay, Oklahoma, and graduated from Oklahoma State University in 1979 with a B.S. in Marketing. He is married to Natalie Shirley, former Oklahoma Secretary of Commerce and Tourism and current President of OSU-OKC and Secretary of Education and Work Force. They have six children ranging in age from 16-25.

Russ was honored as one of Oklahoma’s Outstanding CEO’s by the Journal Record in 2012. He is an Eagle Scout and served as Chairman of the 2014 Gathering of Eagles. He was also a Pack Leader for Cub Scouts and assistant Scoutmaster for Boy Scouts.